As a Christian life coach, you want to base your business on biblical coaching. While ICF coaching and ICF certification requirements do not include understanding body language, it is extremely important to you that you have a solid understanding of what your coachee is saying—through their words and their body language. Experts note that up to 90 percent of all communication comes through our facial expressions, body positions, use of hands, etc. To finish our discussion, here is part 2 of our blog on body language.

Body language is one of several indicators of mood, meaning and motive.

Our eyes are a very significant aspect of the non-verbal signals we send to others. To a lesser or greater extent, we all “read” people’s eyes without knowing how or why, and this ability seems to be inborn.

Eyes—and especially our highly developed awareness of what we see in other people’s eye—are an incredible source of information. For example, we can have eye contact with someone at great distances, 30-40 meters away or more sometimes. This is an absolutely awesome God-given capability when you think about it.

We can see whether another person’s eyes are focused on us or not, and we can detect easily the differences between a “glazed over” blank stare, a piercing look, a moistening eye long before tears come, and an awkward or secret glance.

As a spiritual life coach, you may not be able to describe these and many other eye signals, but it is vital that you recognize them in your coachee when you see them, and to know what they mean. When we also consider the eyelids—and the flexibility of the eyes to widen and close, and for the pupils to enlarge or contract—it becomes easier to understand how the eyes have developed such potency in human communications.

When working with your coaches, be aware of the following.

Eyes tend to look right when the brain is imagining or creating, and left when the brain is recalling or remembering. This relates to right and left sides of the brain; in this context the parts of the brain handling creativity/feelings (right) and facts/memory (left). Under certain circumstances “creating” can mean fabrication or lying, especially (but not always – beware), when the person is supposed to be recalling facts. Looking right when stating facts does not necessarily mean lying; it could mean that a person does not know the answer, and is talking hypothetically or speculating or guessing.

The mouth is associated with very many body language signals, which is not surprising given its functions, including speech, but also those connected with infant feeding, which connects psychologically through later life with feelings of security, love and sex.

The mouth can be touched or obscured by a person’s own hands or fingers, and is a tremendously flexible and expressive part of the body too, performing a central role in facial expressions.

The mouth also has more visible moving parts than other sensory organs, so there’s a lot more potential for variety of signaling.

Unlike the nose and ears, which are generally only brought into body language action by the hands or fingers, the mouth acts quite independently, another reason for it deserving separate detailed consideration.

Smiling is a big part of facial body language. As a general rule real smiles are symmetrical and produce creases around the eyes and mouth, whereas fake smiles tend to be mouth-only gestures. 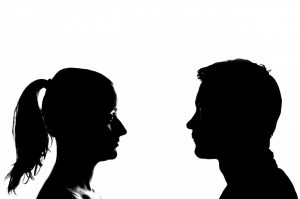 The head is very significant in body language.

The head tends to lead and determine general body direction. For example, it used in directional (likes and dislikes) body language, and in defensive (self-protection) body language.

A person’s head, due to a very flexible neck structure, can turn, jut forward, withdraw, tilt sideways, forwards, backwards. All of these movements have meanings, and are often combined with other body language signals to give an overall message.

The head usually has hair, ears, eyes, nose, and a face, and therefore has more complex and visible muscular effects than any other area of the body. Therefore, combined, the face, eyes and hands are the most powerful parts of our body in sending body language signals.

Arms act as defensive barriers when across the body, and conversely indicate feelings of openness and security when in open positions, especially combined with open palms. Arms are quite reliable indicators of mood and feeling, especially when interpreted with other body language. This provides a good opportunity to illustrate how signals combine to enable safer analysis.

Hands contain many more nerve connections (to the brain) than most if not all other body parts. They are extremely expressive and flexible tools, so it is natural for hands to be used in signaling consciously—as with emphasizing gestures—or unconsciously—as in a wide range of unintentional movements which indicate hidden feelings and thoughts.

In body language, hands are used for various purposes:

Body language experts generally agree that hands send more signals than any part of the body except for the face. Studying the hand body language in your biblical coaching sessions, can tell you a lot about how your coachee is truly feeling, no matter what they are saying. 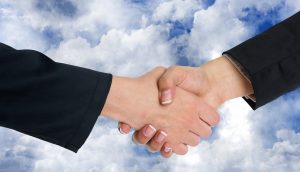 Firmness of handshake is not the reliable indicator of firmness of character that you might think it is. Firm handshakes tend to be those of confident people, especially those who have spent some time in business, and who realize that most people consider a firm handshake to be a good thing. Handshakes that are uncomfortably firm show a lack of respect or awareness, especially if used in cultures (Eastern especially) where firm handshaking is not normal.

Handshaking evolved from ancient times as an initial gesture of trust, to show that no weapon was being held. A handshake offers an obvious way to connect physically, and to signal trust or friendship. In more recent times, starting in the 1800s, a handshake became the way to confirm a commercial transaction.

We trust this information is helpful when conduction your Christian life coaching sessions. In our opinion, the best life coaching programs will help you fully understand body language, so you can be a more efficient coach.

In Part Three, we will cover legs and feet, and something called “mirroring.”

About the Author: Ann Canfield