Life Coaching and Guilt and Forgiveness

Too often we hide our guilt over our struggles, lusts, sin, shame, etc., behind the hypocrisy of a smiling mask made up of self-confidence, outward spirituality, and the pretense of all is well. Rather than admit our guilt over misdeeds, we rationalize our way out, blaming society, our upbringing, our environment, or heredity. As Christian life coaches, we will fail in our duty to the coachee if we see him/her as someone who needs to be “fixed” rather than someone who needs to understand the roles that guilt and forgiveness play in their lives. 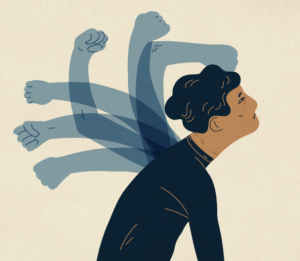 Guilt can be defined as seeing or projecting one’s failures—real or perceived—while not knowing what to do about them or refusing to correct them. In this definition, guilt is a negative, paralyzing emotion, based on non-acceptance of oneself or the situation, leading to depression and frustration rather than change or improvement. Guilt can also be a negative focus upon oneself: “I am an evil person. I can’t stand myself. I am unworthy.”

Because God built into our conscience through the innate ability to know right from wrong, guilt should be seen as a gift. It can act as a moral compass in our lives. It speaks to us: “You shouldn’t do that.” “Don’t say that.” “That doesn’t belong to you.” However, most of us do not view guilt in this light and we often choose to ignore it. Instead of dealing with the cause of our guilt, we try to hide from it. Adam and Eve acted this way in Genesis 3:6-10:

When the woman saw that the fruit of the tree was good for food and pleasing to the eye, and also desirable for gaining wisdom, she took some and ate it. She also gave some to her husband, who was with her, and he ate it. Then the eyes of both of them were opened, and they realized they were naked; so they sewed fig leaves together and made coverings for themselves. Then the man and his wife heard the sound of the LORD God as he was walking in the garden in the cool of the day, and they hid from the LORD God among the trees of the garden. But the LORD God called to the man, “Where are you?” He answered, “I heard you in the garden, and I was afraid because I was naked; so I hid.”

One of the biggest problems facing counselors today is a true understanding of guilt. There are feelings of guilt, healthy and unhealthy guilt, as well as different types of guilt. Let’s look at these.

Feelings of Guilt: Have you ever said, “I don’t know what’s wrong, but I feel guilty?” Feelings of guilt arise when we struggle over having done something that goes against our moral standards, or, conversely, having not done something we should have done—real or perceived. Guilt can come about when people do something, cause something, or participate in something they believe to be wrong. They feel guilty because they feel they are at fault—real or perceived.

At times, guilt is appropriate. When we break the law, harm someone, or act in inappropriate ways, we feel guilty. Problems with guilty feelings often arise when we are not willing to correct our behavior or make amends such as apologizing. However, some people take their sense of guilt to the extreme and carry tremendous burdens or remorse and shame following some minor and seemingly insignificant incident. For example, have you ever lost your keys and said, “I’m so stupid; I never do anything right” or something similar? As biblically-based life coaches, we must help our coachee draw a parallel between their actions and the level of guilt he/she feels.

Sometimes guilt is healthy. For instance, an appropriate response to a fender bender would be to acknowledge your guilt and frustration, apologize to the other driver, and exchange insurance or file a police report. Unhealthy guilt over the same situation will leave us wallowing in remorse, self-pity, and self-condemnation for days or even weeks, in addition to wanting to make amends.

Key point: Healthy guilt will always motivate us to change. It brings repentance and restoration. Healthy guilt can also be termed conviction; as Christians, we are convicted by the Holy Spirit when we sin and He motivates us to change: Corinthians 7:10 – “Godly sorrow brings repentance that leads to salvation and leaves no regret, but worldly sorrow brings death.” Ps. 32:3-5 says, “When I kept silent, my bones wasted away through my groaning all day long. For day and night your hand was heavy on me; my strength was sapped as in the heat of summer. Then I acknowledged my sin to you and did not cover up my iniquity. I said, “I will confess my transgressions to the Lord.” And you forgave the guilt of my sin.” 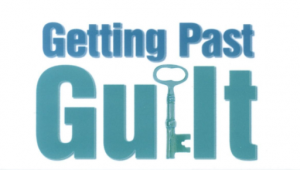 Legal Guilt: Involves breaking or violating laws of the land in which we live. The Bible says that when we rebel against human authority, we rebel against what God has instituted and commanded (Romans 13:1-7).

Social Guilt: occurs when we mistreat and/or fail to show love to another human being. Matthew 22:37-38—the two greatest commandments. When we slander, gossip about, spread rumors, show favoritism, or otherwise mistreat a person, we are guilty of both social and theological guilt.

Psychological Guilt: occurs when a person violates his/her own standards. At times this may be false guilt. For example, clothing, makeup, working on Sunday, etc. Often church rules and regulations can make a person feel guilty when he/she hasn’t violated any true biblical standards. Guilt comes when we violate internal personal standards that are within our conscience. The conscience helps us to monitor and evaluate our thoughts and actions. It aids us in discerning what is right/wrong, good/bad, etc. When we ignore the promptings of our conscience, we feel guilty, including a sense of self-judgment, unworthiness, self-depreciation, and estrangement from God and/or others.

Forgiveness the Remedy for Guilt

Two of the Bible’s pertinent scriptures on forgiveness are found in Matthew 6:12, 14-15—“And forgive us our debts, as we also have forgiven our debtors.” “For if you forgive other people when they sin against you, your heavenly Father will also forgive you. But if you do not forgive others their sins, your Father will not forgive your sins.”

God calls us to forgive, however, most of us react in selfish ways when we are wronged. We want to get even, seek revenge, insist on our rights, demand restitution, hold grudges, and dwell on the injustice that made us victims or another’s words or actions. Forgiveness is low on our list of alternatives. 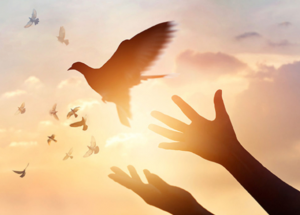 Judicial Forgiveness: This is God’s forgiveness. When we are born again, he forgives all of our sins, wipes away all of our indebtedness, and we are forgiven once-and-for-all. He forgives, unconditionally, unilaterally, forever. Psalms 103:12—as far as the east is from the west, so far has he removed our transgressions from us. When we sin and, “If we confess our sins, he is faithful and just and will forgive us our sins and purify us from all unrighteousness.”

Parental Forgiveness: This is crucial to a child’s emotional development. If I child grows up in a home where there is little love and only knows constant ridicule and/or abuse, then the concept of forgiveness will rarely penetrate their hearts. Instead, anger, holding grudges, and anti-social behavior become the norn. There are many people in jails, prisons, and trapped in bad relationships as a result of a lack of parental forgiveness. However, a child who grows up in a home knowing and experiencing a balance between love and discipline will learn that forgiveness is an important part of life.

As certified Christian life coaches, we must distinguish between judicial forgiveness and parental forgiveness. Most people see God the same way they see their parents. Helping the coachee to differentiate between God and their parents will go a long way towards helping them understand that they are freely forgiven and they can forgive others. 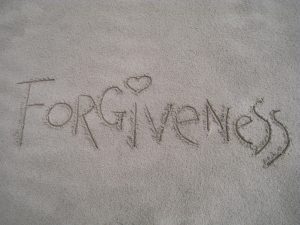 Confession: sometimes we confess our sins to God (Psalm 51:4) and other times to another person 1 John 1:8-9.

Repentance: this is a genuine turning away from our sin, Proverbs 28:13.
Restitution: Like Zacchaeus, the tax collector, we must, when and where necessary, restore what we have taken from another person, including their sense of dignity (i.e. a parent to a child). Restitution involves accepting personal responsibility.

Key point #1: Forgiveness always costs somebody something such as thoughts of revenge, restitution, justice; these are left up to God to deal with.

Key Point #2: Forgiveness is always a positive event. Relationships can be restored, peace of mind is received, and physical ailments can disappear.

Key Point #3: Forgiveness is a choice, it is not an emotion. Forgiveness occurs as an act of the will. We must separate emotion from choice. After forgiveness is given, we can then deal with our feelings.

Thanks for Joining Our Newsletter!
Go to Top