The Foundation of Christian Coaching 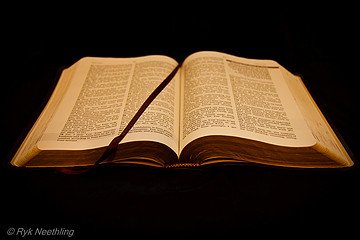 The Bible doesn’t expressly use the word “coach.” Nonetheless, the theme of coaching can be seen in through examples in the scriptures. According to the ICF, life coaching is the process of “Partnering with clients in a thought-provoking and creative process that inspires them to maximize their personal and professional potential.”
From the Christian point of view, Christian coaching can be said to be a process of providing “grace space” for clients to explore and discover who they are in Christ, and direction and purpose for their lives in Christ. It should be a relationship that inspires clients to be all that God created them to be.
Looking at the scriptures, you will find a number of life coaching examples, chief of which is God’s demonstration of his one-on-one relationship with man throughout the Bible. For instance, when Adam yielded to the devil’s temptation, God came and asked him a question: “Adam, where are you?” (Gen. 3:9). A few chapters later, he came to Cain and asked him, “Why are you angry?” (Genesis 4:6) and “Where is your brother Abel?” (Genesis 4:9).
Years later, God finds Elijah in the wilderness after he had fled for his life and asked him one question two times: “What are you doing here, Elijah?” (1 Kings 19:3). If you think about it, it’s not as if God didn’t know the answer to these rhetorical questions. So why would God ask questions that he knew the answers to? It’s because the answers were not for his benefit but for the benefit of those he was talking to. This is one of the most important tenets of life coaching—competent and productive life coaching hinges on the coach’s ability to ask pertinent, challenging and, at times, life-pivoting questions.

Christian Coaching – Examples from the Bible

When God called Moses to lead the children of Israel out of Egypt, Moses might have thought that he was the only one qualified to hear the people and make judgements (decisions) in disputes and other issues in the lives of the Israelites. However, one day his father-in-law Jethro came to visit him in the wilderness. During the visit, Jethro observed how Moses would sit the entire day, and the people would come to him for judgement on their disputes. (Interestingly, the first time he tried to solve a dispute when they were still in Egypt, the Israelite asked Moses, “Who made you prince and judge over us?” (Exodus 2:14).
Years later, he is now fully in charge of issuing all the judgements.) Jethro helped Moses to see the danger of continuing with this trend by asking him, “Why do you alone sit as judge, while all these people stand around you from morning till evening?” (Ex 18:14). When Moses saw his mistake, he was ready for the solution, which was to train other people who could help him in the work. In this respect, Jethro was acting as Moses’ life coach.
In 2 Samuel 12, the prophet Nathan demonstrated the power of life coaching when he helped David to see his sin. To do this, he used a metaphor of a rich man who stole the ewe lamb of a poor 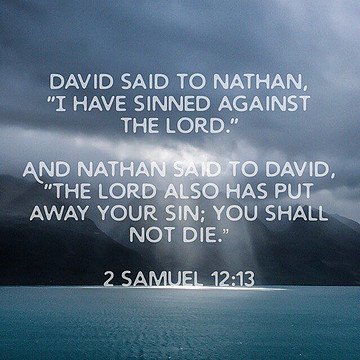 man. On hearing this story, David was furious and wanted to have the rich man punished immediately. At that point, Nathan said to David, “You are the man” (2 Sam. 12:7).
David realized his mistake and went to God in repentance. Instead of Nathan rebuking David directly, he used a parable that allowed David to examine himself and identify where he needed to make a change in his life. The uses of parables is a great technique used by life coaches. A life coach must create an environment in which the client discovers areas of his or her life where changes should be made. The hope is that this realization will inspire the client to take the necessary steps towards making those necessary changes.
In life coaching, the goal is to help clients to connect the dots and to allow them to see beyond their blind spots. This is usually achieved by asking powerful questions, but in the case of Nathan and David, Nathan used a metaphor to accomplish this task.
Jesus is the best example of someone who used thought-provoking questions to engage his audience. His questions were designed to stimulate creative thinking or illuminate certain ideas. Questioning is often thought to be the foundation of modern-day life coaching. By asking powerful questions, a life coach can inspire critical thinking that helps in the process of self-discovery. In simple terms, questions are used as a tool for translating thought into an intentional choice or behaviour.
Jesus loved answering questions with other questions. For instance, in Luke 10, a Pharisee asked him what he must do to inherit eternal life. Instead of giving the Pharisee the answer, Jesus replied with another question: “What does the law say?” In another scenario, Jesus asked his disciples, “Who do people say the son of man is?” (Mathew 16:13).
The disciples gave several answers, then Jesus followed up with another question: “But what about you? Who do you say I am?” (vs. 15). By using such questions, Jesus was able to provoke thought and encourage his audience to come up with and own their answers. This is one of the most important skills in life coaching.

As a Christian coach, you must remember that anyone who has accepted Christ as Lord and Savior should view themselves as “being in Christ” (Eph. 1:3-5, 2 Cor. 5:17) and should, therefore, remain connected to the vine (Jesus) in order to bear much fruit (John 15).
Christians do not bear fruit because of their skills, experience, or training, but because of their ultimate reliance on God and their relationship with him. Understanding this will help the Christian coach to know how to relate with his or her clients. The Christian coach must demonstrate genuine love and care towards his or her clients and demonstrate spiritual maturity through the evidenced of the fruit of the Spirit in his or her life (Gal 5:22).
Christian life coaches know better than to think of themselves as better than their clients. Instead, they must continue to serve in humility and consider their clients better than themselves as Paul admonishes in Philippians 2:3. As John the Baptist demonstrated, the goal of the Christian life coach is not to be a knight in shining armor but to decrease so that his or her clients may increase. When all is said and done, Christian coaching should be aimed at glorifying God through the results achieved in the client’s life. As Paul told the church at Colossae, “Everything should be done in the name of the Lord” (Colossians 3:17).
Even when a Christian coach is working with a client who is not a believer, he or she must still view the client as precious in God’s sight and remember that God loves the world and that Christ died for everyone (John 3:16). The coach must also appreciate that no one is perfect, except Christ. Understanding this can help life coaches to eliminate any prejudice and work with their clients as people entrusted to them by God.

When approached by someone for help, your immediate reaction is most likely to offer them assistance. For instance, if the person asks you a question, you instinctively want to give them the answer. If you are trained in a certain field, you will answer according to your training. This is a normal response to problems that are brought to your attention and, for the most part, this is exactly what needs to happen. Interestingly, people often reject the advice they receive from others.
Why would someone go to the trouble of seeking your insight and then ignore it? The simple explanation is they didn’t like what you said, because they did not come up with the answer themselves, or it was not what they wanted to hear. Possibly your reply was not what they were expecting, and therefore they were not willing to take your advice.
The probability of someone acting on advice they received from another person is usually pretty low. Even the expert opinion of doctors, lawyers, and other professionals is often ignored or dismissed. Coaching takes a different approach—it creates an environment in which an individual will ask him or herself questions and start to think outside of his or her preconceived ideas. As this happens, that person will begin to formulate solutions he or she has been looking for to move his or her life forward.
Let’s take an example of someone that feels “called into ministry.”
There are several things this person can do in response to this call. He or she can take time in prayer and meditation or seek counsel from wise friends and mentors. Some go the logical route and write down the pros and cons of accepting the call into the ministry. Depending on what happens during this process, the person will either answer the call or reject it. For those who received counsel, they were most likely influenced by a question someone asked them.
Here’s an interesting note: As an individual begins to answer the call to ministry, when the challenges of that ministry start to become a reality, those who hadn’t invested time in self-discovery—something that life coaching is focused on—almost always call it quits. However, those who go through the self-discovery stage and understand why God is calling them into ministry almost always stand firm through the turbulent times.

Unlike other forms of coaching, Christian coaching is based on the foundation that God loves his people more than anything else and that He created them for a unique purpose. The points shared above demonstrate the power and effectiveness of Christian coaching. Christian life coaching will help clients discover themselves in God and, as Daniel aptly put it, to know that their God will be strong and do exploits (Daniel 11:32b).
The reason life coaching is so effective is that Christian coaches do not decide anything for their clients but will rather create an environment that allows their clients to come up with God-directed solutions that they can own.
Learn more about the foundation of Christian Coaching
Contact Aim Higher to get started today!
Thanks for Joining our 10-part newsletter on Becoming a Life Coach
By Ann Canfield|2020-06-18T14:54:32+00:00October 24th, 2019|Christian Life Coaching|0 Comments

About the Author: Ann Canfield

Thanks for Joining Our Newsletter!
Go to Top